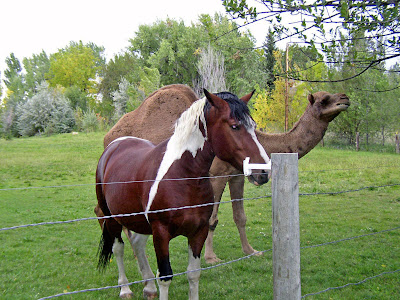 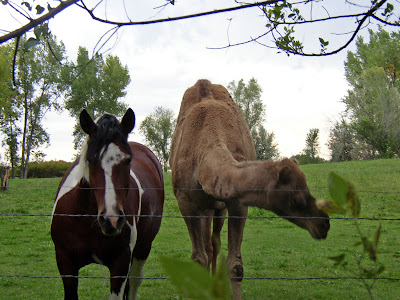 Several months ago a coworker informed me that I've been driving and riding my bike right past a camel for the past umpteen years and I had no idea which goes to show how oblivious I can be. In my defense he's often not visible from the road. He's on my way to/from work if I go a certain way that I don't normally go but I go home that way once a week when I'm taking agility classes from Joy and I looked for him for a couple of months before he was finally visible. I'm glad my coworker warned me because I nearly ran off the road as it was, he's an impressive sight.

His name is Morris and his horse friend is Apache. The woman who owns Apache has a son who rescues exotic animals and he showed up at her place desperate for a place to temporarily house a camel (you people in dog rescue think you have it tough). She agreed (my kind of woman). She had been looking for a companion for her lonely horse and as it turned out the two hit it off and she decided to keep him.

The photos were taken by my coworker. I've never had my camera with me when I've been fortunate enought to spot him. Sometimes I'll take the less desireable route in hopes that I'll see him and it's always worth it if I do. I never realized camels were so huge and impressive. One of these days I'll get photos of my own. 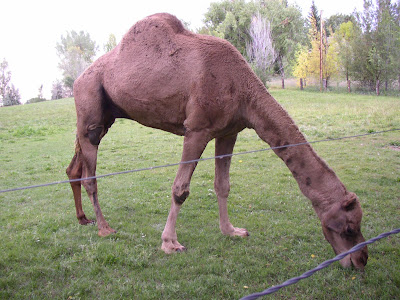 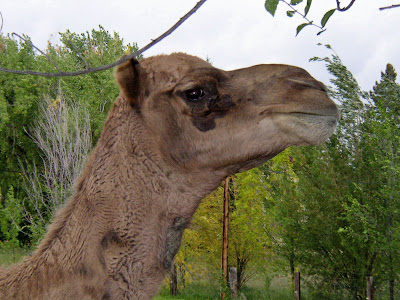 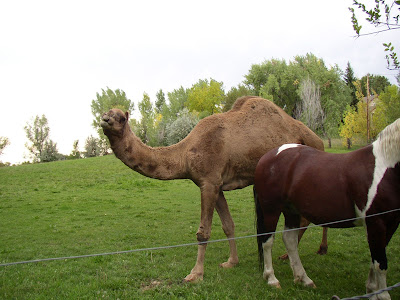